Bill Cosby is a douchebag. When the allegations against Cosby first surfaced, and again lately, I have seen people trying to say 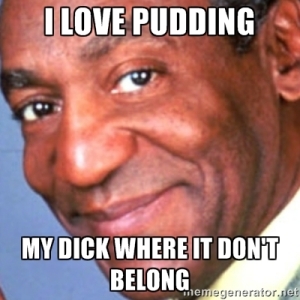 that the prosecution and (in their twisted minds) persecution are all because he is black. The wife of a former friend identified me as “part of the problem” when I posted a version of the meme at left when the allegations first surfaced. What she meant was I was a racist and encouraging racism because I was critical of Bill Cosby for raping more than fifty women – and that is just counting those who have come forward. Anyone with any knowledge about sexual assault knows that the vast majority of victims do not come forward. This means that Cosby likely has a large number of victims who we don’t know about.

Can we just get real?

The arguments are many, but none of them hold water. One of the more absurd is “A Tale of Two TV Dads.” 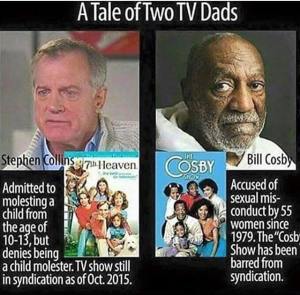 The first problem is the language. Collins “molested,” but Cosby is “accused of sexual misconduct,” as if he made an off color joke at the office. Let’s be honest, Cosby has been accused of raping fifty-five women. Many of the allegations are of first degree sexual assault. Yes, I believe Collins sexually assaulted a minor. Yes, I believe Bill Cosby is a serial rapist. Trying to make the implied argument that because the television show 7th Heaven is still in syndication and Cosby isn’t means that Bill Cosby is getting the short end of the stick just doesn’t hold water. The only network I could find still carrying the 7th Heaven is “UP,” which is run by Christian fundamentalists, a notoriously misogynistic bunch of clowns.

In any event, since when do the decisions of marketing executives at 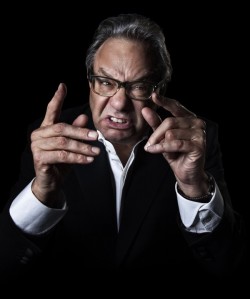 television networks mean anything beyond what is on TV tonight? The implied argument is that because one loony tunes station is carrying 7th Heaven, the charges against Cosby are false and the product of racism. That makes perfect sense to me. Perfect sense in that I now understand you will do anything to get Cosby off – just like he did. Never mind that Cosby raped both white women and women of color. This man, to use the term loosely, has already profited from going town to town telling black families how to better raise their children! This serial rapist had the audacity to tell black parents that they were failing their children – and then he went back to the green room to find his victim still unconscious on the couch. That alone should have people up in arms, not scurrying to make excuses for him!

If you are a Cosby defender, my question to you is when did the lives of women come to matter so little to you? The truth is that one of the great cultural problems of our day, as witnessed by songs that advise men to “pop that juicy pussy,” is that our culture – both the dominant culture and sub-cultures – suffer from long term, deeply implanted misogyny. The sad truth is that it matters less to some people that women were raped by this hunk of human excrement than that the Cosby show is no longer is syndication. How can that even be a consideration?

There is a problem here, and it is a huge one. There is a credibility gap in 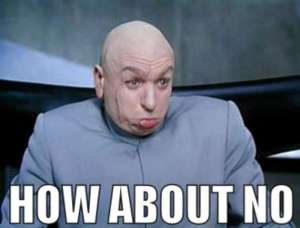 much of contemporary culture, and it is rooted in refusing to believe that anyone of my particular race could ever do anything wrong. Any attempt to accuse them of anything is denied, any attempt to get to the bottom of what might have happened is obstructed, and when all else fails we try to divert attention to someone or something else. That is the root of a lot of problems, not the least of which is that in time nobody trusts anybody and we develop a hermeneutic of suspicion when evaluating public statements. That’s always counterproductive.

What we need to get back to here, and what the most important thing we need to focus on, is women. Literally dozens of women were sexually assaulted by Cosby, and it is those women we should be worried about – and we should be spending no time at all trying to save the reputation of the Jeffrey Dahmer of sexual assault sans murder. Thank God Cosby did’t have a chest freezer handy. It doesn’t matter who those women were, where they came from, what their profession was or is, or when they came forward. I have read some of the accounts these women have given of their assault, and the details some gave – including the repugnant taste of 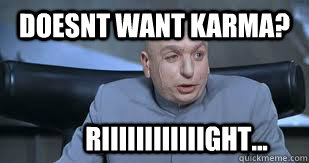 Cosby’s cigar when he forced himself on them and tried to kiss them – leave no doubt as to their veracity. The consistent reports of being drugged by this pervert and awakening to find they had been assaulted reveal a Cosby who is not only a rapist, but also a coward – and people actually want to defend him, it has to be said, because he is black.  How in the world, in the 21st century, is race a defense? If race is not a legitimate reason to act out on another – and, let’s be clear, it isn’t – then it quite simply cannot be a legitimate reason to excuse another. I don’t care how much internalized racism Cosby carries – and I am quite sure his victims don’t care, either. 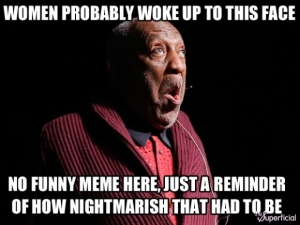 The victims are what this is about, they are who we should care about, and we should consign Cosby to the legal system to enact whatever justice is appropriate. In the event he doesn’t go to prison, and in the time before his trial, those of us who care about women need to ensure that we don’t allow venues that book this felon from profiting from his crimes. We should not, however, forget Bill Cosby. We should remember, and remembering should keep us vigilant.