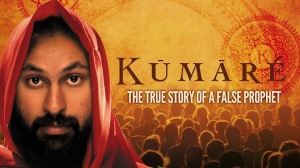 The world is full of self-proclaimed pseudo-authorities on just about everything. It seems that all you need is a Facebook page and a fair amount of time on your hands and you can become the next Deepak Chopra. Yes, I really said that. You can promote yourself into pseudo-authority just like Deepak Chopra and a lot of other people who aren’t nearly as good at it as Deepak has been. If you doubt that, check out the movie Kumare. If you’ve doubt what I have written about Deepak, check out Decoding Deepak.

There will always be unscrupulous people who want to pretend they are something that are not, never have been, and never will be. They will take shortcuts to their destination rather than do the work required to actually become the authority they are pretending to be, either because they lack the dedication to do the work, or the patience to do the work, or both. How can we avoid being sucked in by their nonsense? The surest way is to watch them for a time before beginning to work with them and trust your gut. The same attitude that motivated them to start their con game will show through in their teachings, whether it’s Deepak being unable to surrender his Blackberry while on a Buddhist Refuge Retreat, some teacher for whom everything revolves around money, or someone whose wisdom when face to face doesn’t match their Internet persona.

Much like a tree, authentic teachers take time to grow – they don’t just pop out of the womb fully formed. They don’t simply write a critical mass of articles for Internet magazines and then become enlightened. Most of all, they don’t claim any special degree of achievement because such a claim is absolutely antithetical to the attitude one develops while engaging in authentic spiritual practice. Finally, and perhaps most importantly, they serve other people rather than constantly self-promoting. Unless we are talking about someone like His Holiness the Dalai Lama, if a teacher seems to be popping up literally everywhere it should be a huge red flag. Follow the humility, it will lead you to authenticity.

2 thoughts on “Has Been, Wannabe, Never Was, and Never Gonna Be “Authority””