Every once in a while I come across a uniquely bad idea. Apparently there are once again people advocating for charging parents for 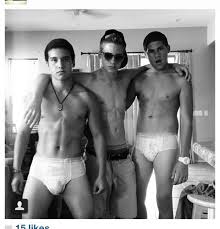 their children’s crimes. Assuming for a moment – and I think this assumption is a bit of a stretch – that this isn’t just a case of thinly veiled racists not happy with incarcerating black people at absurd rates already now trying to get two for one, this is a horrific idea because it teaches that one human being can be responsible for the actions of another – which means that, beyond a certain age, I can stop my child from doing anything. Anyone who believes that has either never had teenaged children or is hopelessly naïve – or a racist looking for a two-fer.

Could there be a clearer demonstration that we are a pathologically angry, and rather ethically simple-minded, nation completely disinterested in rehabilitation and obsessed with punishment? Maybe they would like to put their teens back in diapers, too.