I heard someone say the other day that the fact that the world economy took a dive two years after the release of The Secret doesn’t mean that the teachings in The Secret about wealth were  wrong, but rather that we needed to 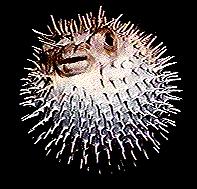 redefine wealth. That’s kind of like telling someone who had one too many collagen injections in their lips that it wasn’t a bad idea, but rather that we need to redefine human beauty to include looking like a blowfish. Spiritual systems and teachers with integrity admit when they are wrong – after all, they are only human!