I saw something the other day that almost made me drive off the road. I was working in the hood, as I am wont to do, and as I drove along there was some damn fool white man looking at a property with

a laptop computer in his hand. Not surprisingly, he had earned the attention of a local ne’er-do-well who was engaging him in conversation in the street as he hunt and pecked away on his laptop. Just when I thought I could never possibly find someone who shouldn’t be let out without supervision AND who owned a computer, here he was: A street smarts retard. 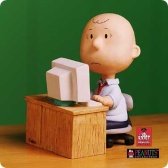 things one just doesn’t do – even if you are a cool dude about five feet six with a shaved head, all the muscle mass of a quadriplegic,  and a shirt that looks like something out of Charlie Brown’s closet? I’m really not trying to be mean (well, maybe just a little), I want to understand how that happens. I’m not advocating that anyone needs to be afraid to work in any part of the community, but this clown may as well have stuffed a one hundred-dollar bill into every orifice and marched down the street blindfolded with a sign around his neck saying “use me.”

Speaking of “use me,” just a few hours later I was chased down the street as I drove by two women on foot. Thinking that they might be in some danger, I stopped. The faster of the two approached and said “Hi, my name is Zelda. I suck and my friend focks.” Well, okay, that’s not exactly what she said, and I have changed her name to protect the guilty. What’s more, the whole thing was so surreal I honestly don’t remember her name, but feel quite certain it wasn’t Zelda Anyway, at first I thought she might just feel like

she needed to share their hobbies with me, which was quite charming and all – except that she was missing her two front teeth, which seemed to me to be something less than appealing – unless, of course, you are at a watermelon seed spitting contest or are Neil Diamond (cf. “You’re So Sweet’). Anyway, then she asked, “Can we get in?” referring to my van. It was at that point I could no longer deny what I had suspected. I politely demurred, indicating that – unfortunately – I was working

and assuring her that, were that not the case, I would be able to take her up on her oh so generous offer. She then proceeded to give me their address and inquired when I might be able to stop by. I said that I was really quite busy, but would do my best to drop in (pun intended) in the near future. She asked me if I had bus fare, which I happily provided. It did occur to me that if Charlie Brown from earlier in the day had been there instead of me he would doubtless have been robbed of his computer and received the gift that keeps on giving, but I digress.

out of a wet paper bag with a compass and boxing gloves. There are people whose own stupidity gets them in a bad place – and they are usually the privileged – and there are people whose life circumstance gets them in a bad place. The latter are usually doing what they need to do in order to survive. The former are doing their best to not survive while at the same time being completely oblivious that’s what they are doing. For those people, I have a hard time drumming up a whole lot of sympathy.